An important paper about Eneolithic Khvalynsk culture. It was preceding Yamna.

Most is R1b and few cases of Q, R1a and I2-L699. This latter is sporadically present in Yamna. The most interesting is the J1-CTS1026. A branch which almost certainly came with CHG admixture. It was also found in Yamna related Afanasievo culture in Mongolia.

The authors think that the CHG admixture occured no later than 6000bc in North Caucasus. While in Volga region it came a thousand year later in Eneolithic.

But the puzzle of Yamna is not yet solved because the most frequent Y dna of Yamna the R1b-M269 and it's daughter Z2103 is not found in Khvalynsk neither in Eneolithic North Caucasus. 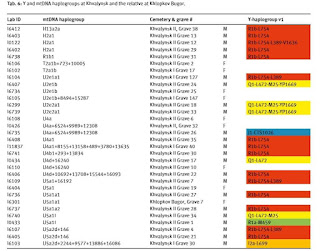