We had a discussion about Corduene/Karduchoi recently

We had a discussion about Corduene/Karduchoi recently. It is possible that it's early form is attested in Assyrian records.

An old book about Assyrian ancient inscriptions mentions Kurti/Kurte more or less in the same place as Karduchoi of Xenophon. But in modern papers You will not find this form because scholars consider them all as Quti.

The form Kurti/Kurte is mostly used by Tukulti-Ninurta and Tighlat-Pilesar kings, who ruled in EIA. So it is hard to say was this just an erroneous transcription by scribes. Or there was some real pronunciation shift in that period. I didn't dig much this issue but it is possible that in that period the shift from Kuti>Kurti started to occur.

I also would like to mention this paper from Artak Sargsyan who discuss the campaign of Tukulti-Ninurta. He comes to the conclusion that the Kuti (Kurti ) mentioned there is the historic Korduk/Corduene.

He also has interesting ideas about the location of Nairi and the city Nihiria. He thinks Nairi is mostly in the same place as Hayasa and Azzi. The paper is in Armenian. 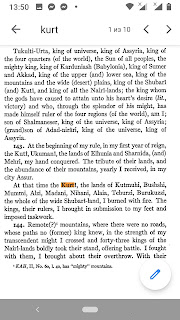 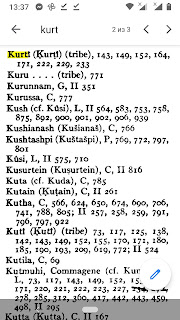