An excerpt from Wikipedia about Kurgan stelas.

An excerpt from Wikipedia about Kurgan stelas.

Spanning more than three millennia, they are clearly the product of various cultures. The earliest are associated with the Pit Grave culture of the Pontic–Caspian steppe (and therefore with the Proto-Indo-Europeans according to the mainstream Kurgan hypothesis[3]). The Iron Age specimens are identified with the Scythians and medieval examples with Turkic peoples.

Such anthropomorphic stelas were found in Artsakh ( Karabakh ) also. Some of them having 2-3 meter height. Below You can see their pictures. They are more simplistic compared to Hakkari region stelas in Turkey ( the last picture ) . But still one can notice the similarities. The long hands and the importance of dagger. Those stelas were made for important persons like chieftains or warlords. Sometime a bowl is depicted which some believe represents the pot in which the ashes of the cremated person were placed.

It is hard to say who erected those stelas in Karabakh. But scholars believe it is an Iron Age period artefact. Others place it to later period.

+ One possibility it was Scythians. But the depiction is not typical to Scythian style. + Another possibility is that local Urtekhians who were an Indo-European tribe living in Iron Age Artsakh/Karabakh. Later they became part of Greater Armenia giving the name Artsakh to subsequent province.

Unfortunately the current situation in Artsakh do not permit a detailed scientific research to better understand this question. If we had at last one ancient DNA associated with those stelas that could shed a light to their origins. 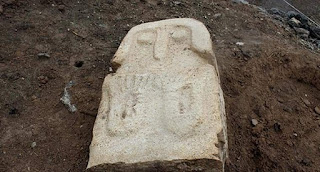 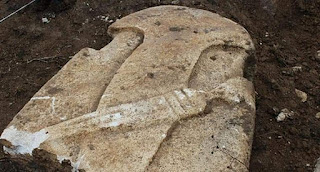 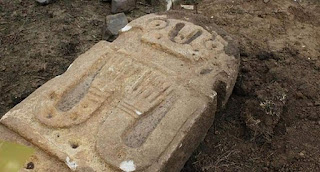 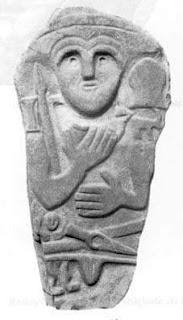